Gaming monetisation is considered by some as a dirty practice; but, with the gaming category accounting for the highest share (23%) of the billions of downloaded apps, the fact can't be ignored that gaming is a powerful business, with extremely rich sets of data. Noelia Amoedo, CEO, Mediasmart and Grant Gudgel, COO, SMRTR.MEDIA (both pictured), share their expertise with ExchangeWire on how game developers can leverage data to optimise monetisation, whilst highlighting the challenges faced.

Mobile game developers are now seizing the opportunity to use data to better monetise their apps, and they’re doing this via two types of monetisation: in-app purchases and advertising.

Within these, it’s important to consider different approaches for both new and engaged users, however. When a new user connects, the first objective is to get the user ‘hooked’ to the game. This allows you to analyse the game play data to optimise the user experience and keep people coming back to play further.

Once users are engaged, the goal is slightly different. For a user who is already ‘hooked’, the opportunity then exists to monetise. The process here is to analyse behavioural data, find and remedy the moment of frustration, and then segment the audience data.

Through analysis of the behavioural data behind a gamers activity – for example, which game items is he or she is using most, you can then propose paid upgrades to those specific item categories.

Game developers would then look for the user's ‘moment of frustration’, where the gamer becomes frustrated about his or her progress and intends to quit the game. Slightly before this ‘choke point’, where many users lose and leave the app, you can then propose an in-app purchase to help the gamer progress further.

We then come to segmenting the audience data according to those who pay and those who don’t. For users who pay, we look to monetise wherever possible. For those who don't, we first try to convert them to paying with promotions such as, “Get 20 new lives for the price of 10!!!" type incentives.

We can also segment the audience data into users who continue to pay, and those who don't. Either way, all are incentivised to invite their friends to play the game and the game can then be further monetised with ads.

The final goal is to monetise non-paying users. For the 90% of players who will never make an in-app purchase, we separate them out and use non-intrusive ads to monetise where possible.

Rewarded video tends to work best for this – so, we continue to propose in-app purchases, but include the option to make the purchase by watching a short video ad.

By getting people to use in-app purchases through rewarded ads, we often see increased conversion rates of people who became more engaged with the game and do, finally, convert to becoming paying users.

While it’s important to analyse user behaviour to optimise ad frequency and engagement, we also need to avoid saturating the audience with ads that cause users to stop using the game or app.

There are a number of ways to do this, and it ultimately comes down to attrition analysis – i.e., looking at who starts leaving the app because of ads. That said, if the ads are done right, you should be able to generate reasonable ad revenue from non-paying users without excessive attrition.

Once game developers have set up the best practice user workflow described by Gudgel, there’s strong scope for adding as much user data to your inventory as possible, to maximise your yield.

Gathering purely demographic info, such as age range and gender, etc. is clearly important to attract brand advertisers. But, it may not be easy to get from the user and, depending on the game, not easy to deduct. You can still gather some useful behavioural patterns, however.

You should also provide as much granular information as possible about the context where the ads are going to be seen: which games, which sections within games, the user ID, and user location, for example.

This way, monetisation can be enhanced further because it allows programmatic advertisers to automatically optimise their output in each section of the game. Advertisers can then pay more for the users and contexts that work best for them, especially if they use the right tools to maximise campaign engagement. 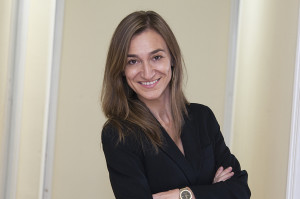 Beyond the data element, the second lever available to maximise yield is the ever-important factor of ad formats – and, usually, the more sophisticated, the higher price advertisers are willing to pay for them. This sophistication must also be balanced by proper standards, however, or effective reach is lost. Rewarded video and native ads are the clear recommendation today, as they have both become standards in the programmatic world.

Rewarded video is the most effective way to monetise in games; but it’s worth noting that native ads are also effective monetisers. In the gaming industry, the opportunity has not been fully realised, however, with many still focusing on the more widely adopted video formats.

Publishers are already trying to get up to speed with these formats, and at Mediasmart we’re supporting the ecosystem with effective audience targeting and engagement optimisation. They are clear on the fact that use of data is critical to maximise yield; but they remain very protective around their data, and this is often in conflict with the interests of the advertisers.

Publishers want advertisers to take advantage of data, but they also want the data to stay within their own perimeters, through contracts and private deal creation. For example, they will ensure an advertiser that a given user is a woman, but they will not allow the advertiser to keep that information so that they can target that woman with another publisher. In some cases, they will simply not provide the user ID.

Advertisers would argue that when they pay to serve an impression to a user they’re entitled to the data and information held by the publisher. So, publishers that protect their data this way will simply be less attractive to them. On the other hand, handling data through mechanisms such as deal IDs presents a challenge as well. They require a direct interaction between the advertiser and the publisher, which slows down processes and offers less revenue for the game developer. Ultimately, this issue is causing a great deal of manual work in a world where programmatic offers automation.

Nowadays, if you want to achieve massive audience demand and monetise ads effectively, you need to use programmatic and all the benefits that come with it – and one of those benefits is the use of data.

Some may think you’d be reluctant to give it away because then advertisers wouldn’t need to buy from you anymore. The reality, however, is that advertisers may actually buy more from you precisely because they can get more data.This content was originally published in ExchangeWire.com.

Indian Gamer Behaviour Must Be Played Up to Better Target Ads